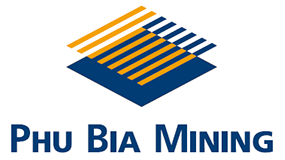 PanAust Limited (‘PanAust’, ‘the Company’, ‘the Group’) is a leading copper and gold producer in Laos with pre-development and exploration opportunities in Laos, Papua New Guinea (PNG), Myanmar and Chile.

PanAust’s producing assets are the Phu Kham Copper-Gold Operation and the Ban Houayxai Gold-Silver Operation; both of which are located in the Company’s 2,600 square-kilometre Phu Bia Contract Area in Laos (‘the Contract Area’). The company produces between 80,000 and 90,000 tonnes of copper per annum and between 150,000 and 200,000 ounces of gold in any given year. The company has paid more than US$500 million to the government in all forms of tax and royalties and typically accounts for more than 4% of the Lao PDR’s GDP.

PanAust audits its sustainability performance against the IFC Performance Standards and aligns with the International Council on Mining and Metals (ICMM) and Minerals Council of Australia ‘Enduring Value’ measures to enhance sustainability performance in the mining and metals sector. PanAust has received a number of awards for its initiatives in carbon reduction, community development and microfinance initiatives. Phu Bia Mining has contributed more than US$4m in community development funding to its local communities at Ban Nam Mo, Ban Nam Gnone and Ban Nasaysavang, including schools, health clinics, business development and market development.

PanAust is focused on a sustainable business model associated with the production and sale of copper and gold, delivery of production goals and economically astute growth. While copper forms the core product focus, gold and silver provide a measure of commodity diversity. In 2016 PanAust expanded its presence in Southeast Asia through a joint venture in Myanmar. These present an exciting opportunity to establish an exploration base in this prospective region.

PanAust is an Australian incorporated company that is owned by Guangdong Rising H.K. (Holding) Limited which is a wholly owned subsidiary of Guangdong Rising Assets Management Co. Ltd (GRAM). GRAM is a Chinese state-owned company regulated under the State-owned Assets Supervision and Administration Commission, the People’s Government of the Guangdong Province in China.